I think many tv-watching audiences who grew up between the 70’s and the 90’s, especially if you lived in Europe, will remember those stop-motion animated shorts that would appear on children’s television. They probably weren’t meant to be as disturbing as they actually came off and were generally based off of some kind of fairy tale. The Wolf House is the kind of product that would be made if the intention was definitely to be disturbing.

But in order to get into The Wolf House you need to understand a little about Nazi religious sects. I’m not kidding. Colonia Dignidad was a real sect described by escaped members as a cult of ex-Nazi soldiers who tortured and murdered dissidents of Augusto Pinochet in the 1970s. In the context of the film, The Wolf House is premised as a found footage propaganda film created by the cult to indoctrinate children and scare them from leaving. 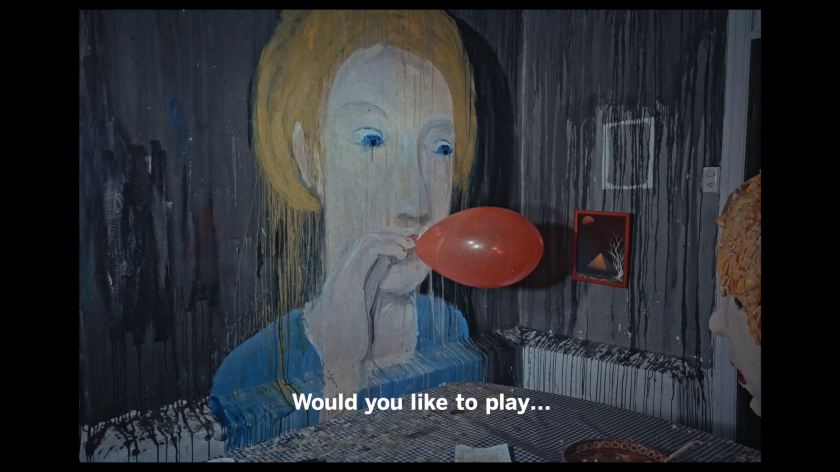 The film itself is a twisted fairy tale following a girl named Maria who escapes from the village and holds up in a house being stalked by a wolf. She encounters two pigs in the house and decides to make them her children, in name at first but eventually physically altering them into two children.

Directed by Cristóbal León and Joaquín Cociña, The Wolf House is portrayed as a film shot in a single take, as we watch Maria’s mental decline being holed up in a house in the woods for who knows how long surrounded by her only companions and slowly melting into insanity. It’s impossible to show how beautifully created this film is with still shots. 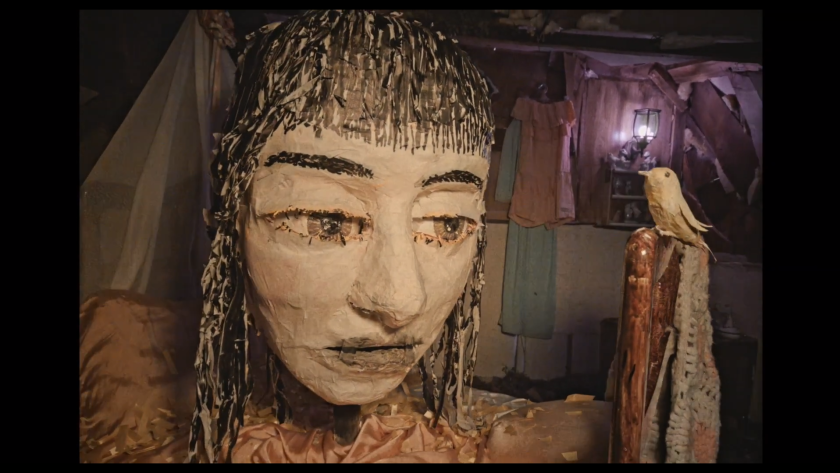 At 73 minutes The Wolf House is an entrancing experience. Everything in the film is masterfully conveyed from the visuals to the constant presence of the soundtrack. The Wolf House reminds me of Eraserhead in that the soundtrack is almost a character in itself and when the film goes silent you know it’s for a good reason.

But the visuals represent a continuous shot movie as the scenery paints over itself, characters are birthed into the scenery and merge from wall paintings to become three dimensional objects, are created or dismantled to show the effects of time on their bodies. A fair bit is narrated by the ever-present wolf (Rainer Krause)
who pops in with a sinister and elongated “Maria…” Maria (Amalia Kassai) provides the rest of the narration in a chilling tone that sounds like she’s whispering right into your ear.

Thankfully for those less-inclined The Wolf House is incredibly cheap. $4 to rent and $9 to own on Youtube. I went out and bought the DVD after watching it digitally just so I could add it to my collection.

The Wolf House is haunting, almost nauseating in its presentation, but it does so in a way that doesn’t go for gruesome shock value or gore. It’s a slow-burning horror that will inch its way into your brain over the course of its runtime.