Two things you might have figured out if you read my other reviews on this blog is that I love horror movies, and I have a very love-hate relationship with horror movies. True horror is admittedly a very difficult thing to do in movies for one simple reason; the audience will always have that degree of separation from the film. With that in mind a lot of directors go for the easy route and just fill the movies with jump scares and monsters going “ooga booga booga” and while it startles the audience it doesn’t really scare them.

And nothing gets my chunky rocks off like a horror movie with passion and effort put into it. Let’s compare some movies we’ve reviewed here at How About Notflix. Spiral had acceptable actors, but the writers didn’t give a crap about the story and it became boring and repetitive. Wally’s Wonderland had no stakes because Nicolas Cage effortlessly beat the shit out of every animatronic. 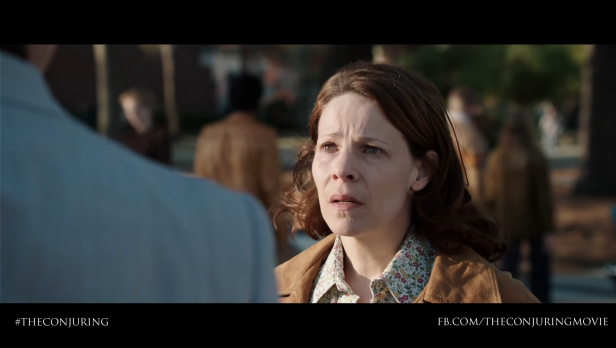 Jack in the Box was formulaic and tropey, but the costume design was incredible and the actor playing Jack pulled the part off to such a great extent that it really brought the film around. And then there’s Wolf House, the product of several years of filming and pure passion to produce an hour-long movie that feels like three hours slowly going insane.

Shockingly I don’t watch many blockbuster horror films because they tend to be absolute shit. Actually that’s not true. I watch them, I don’t enjoy them. Given the popularity of The Conjuring and the marketing around the film I was hesitant to watch it and ultimately never did. Until this week.

Damn it feels good to be wrong. 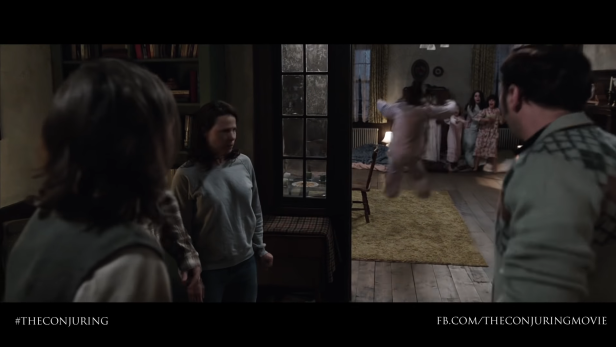 Part of what put me off The Conjuring was that they really overplayed the whole “based on a true story” aspect in the ads. Directed by James Wan, The Conjuring tells the story of real life paranormal investigators Ed and Lorraine Warren, with the story “based” on an incident the two were involved in. A family moves into a new house only to find that it’s already inhabited by the spookies and the scaries, and possibly some skeletons.

The second Conjuring takes place in a completely unrelated house in England as a mother and her children come to discover that the house is haunted by the worst possible ghost; a pissed off British geriatric.

In both cases, a surprising amount of the movie is dedicated to the family convincing the Warrens that there are some genuine hauntings going on. It’s not because the Warrens are skeptics, but because they’ve seen plenty of hoaxes and their reputation hangs on being absolutely sure. It’s ultimately geared to pad the runtime as the demon tortures the family while the Warrens wait on approval for an exorcism from the Vatican because the family isn’t Catholic. It’s not important. 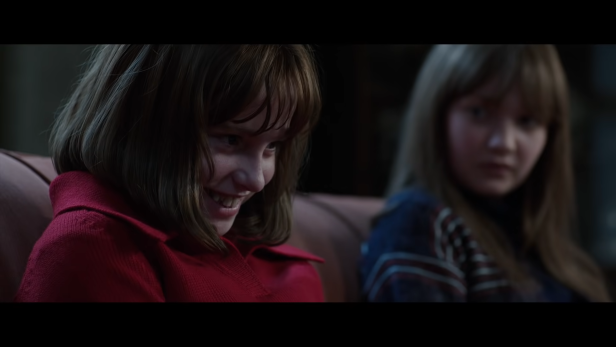 For both movies I want to say that the cinematography is fantastic. It’s one of the rarer films where the fake handcam goes to good effect. Both movies also tend to play harder on the idea that what you don’t see is just as scary as what you can, so a lot of the scares tend to be off-camera or obscured to the point where you can barely see it. Some of the spookies are meant solely for the audience, like an outline of a demon that the characters don’t notice, or the actions of a character blurred in the background that others don’t see.

Both films also feature strong characters. Ed (Patrick Wilson) and Lorraine Warren (Vera Farmiga) have charm up to their eyeballs even if as the empath it’s Lorraine’s job to have a vision and then break down crying a lot. There are a lot of children in both films and there aren’t really any weak links among the child actors who can sometimes ruin films. You really feel as if the families are at their wits end dealing with some paranormal force that won’t stop torturing them.

The Conjuring Universe was an inevitability from the first movie featuring the Annabelle doll in something of an odd subplot with the Warrens. Naturally everyone wanted to know more about the possessed Annabelle doll, and they made a movie. The Conjuring 2 does the same thing with this demon character called The Crooked Man, and after watching the film I really wanted a Crooked Man movie. Good news, they’re making it. They also made a film based on the Nun demon from the second movie. More frickin backlog.

If I had to gripe about anything in this movie, it’s how bad some of the CG is like when the one girl is thrown into a glass door and the glass shattering doesn’t line up with the perspective. Thankfully they compensate by making those scenes very brief and cut the camera away fast. The practical effects however are incredible.

The best part of The Conjuring’s writing is the simple fact that it doesn’t have horror movie morons in it. Characters who do the dumbest things at the worst times, inadvertently sabotage each other, or are still skeptical as mom is spinning around the ceiling vomiting pure kerosene on the family (not a scene in the film, but to make a point). Almost everyone is as rational as you would expect, and in the second movie we get a scene near the beginning where even the cops are like “yea, this shit’s haunted and we’ll back you up on it. Let’s call the church.” 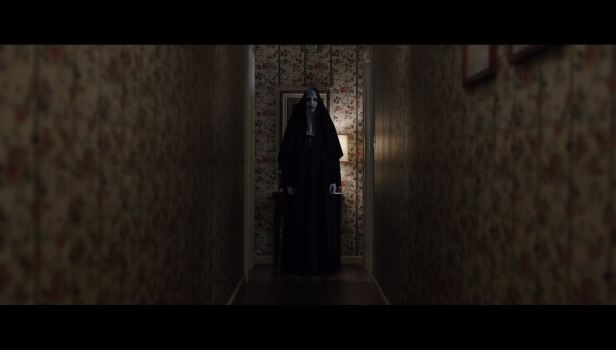 Conjuring 1 & 2 have a lot of trope subversion and it keeps the viewers on their toes as some elements go nowhere and others play out in ways you wouldn’t really expect. The framing, timing, and score all come together to make for a film I will unironically say had me on the edge of my seat, or at least it would if I didn’t have such a comfortable couch. Trust me, it’s a really nice couch.