It’s not the worst Cage movie, but it’s not good.

As a professional film critic with numerous awards from institutions nobody’s ever heard of and whose opinions even fewer respect, I try not to inject much hyperbole into my reviews. That being said I feel safe to say that Willy’s Wonderland might fall into the biggest waste of time I will spend watching movies in 2021 and I’m referring to a year where the increasingly geriatric Jackass crew are coming back to revive a product the public hasn’t really cared about in a decade in an era where the best movie releases can hope for is what would be considered a box office bomb just two years ago.

I have a theory on how Willy’s Wonderland got created, and it basically involves either Nicholas Cage or director Kevin Lewis really wanting to be part of the Five Nights at Freddy’s movie, being rejected, and deciding to do their own bootleg version but somehow worse than what Blumhouse would have put out. The FNAF movie has been in development hell because creator Scott Cawthon has all the decision making skills of a preteen girl trying to pick what dress she wants to wear to the Sadie Hawkins dance, and as a result the script has had so many facelifts it risks possession by the ghost of Joan Rivers. 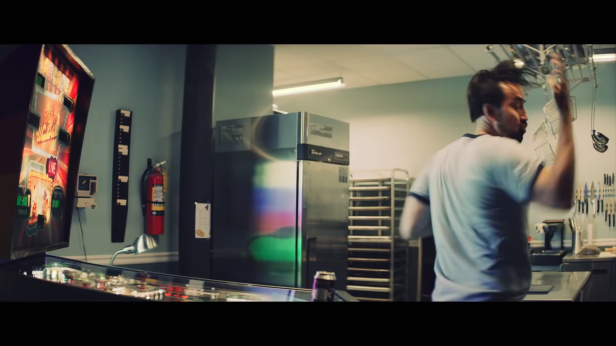 Willy’s Wonderland is a movie that sets up a lot of questions and answers virtually none of them, and while it’s preferable that the director doesn’t bash the viewer over the head with every subtext, you start to get the feeling that Kevin Lewis doesn’t answer anything because he didn’t actually formulate the answers.

Nicholas Cage plays the nameless janitor who rolls into town only to have his tires blown out by a wayward strip of police spikes. After finding out the shop doesn’t accept credit and there are no ATMs in town, he takes an offer to clean the local decomposing Willy’s Wonderland overnight for a full fix. Willy’s Wonderland of course closed down at some point in the past after kids kept getting murdered in and around the Chuck E Cheese ripoff. A cast of teenagers also show up to burn the place down and get stuck inside after the leader of the group decides to save Cage.

The biggest sin this movie commits is giving zero speaking lines to Cage. Cage is a beautiful swan that shouldn’t be, well, caged. He plays out this whole movie like he doesn’t want to be there, by which I mean the movie itself. A movie about a mute janitor destroying murderous animatronics requires Color Out of Space Nicholas Cage, not USS Indianapolis Nicholas Cage who looks almost suicidally depressed. 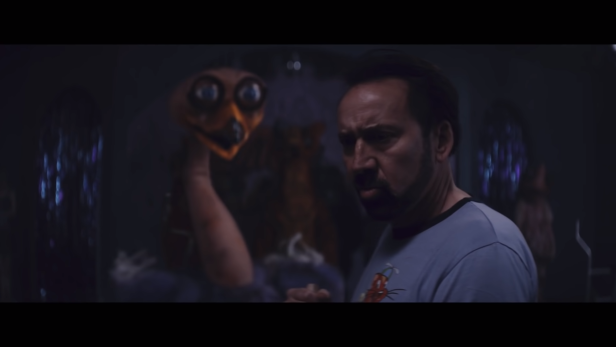 Wikipedia labels this film an action comedy horror film, and I have to disagree with three of those four points. It isn’t a comedy, there isn’t any horror, and it’s barely a film.

Cage’s character is predominately what makes this film so infuriating. It wouldn’t surprise me if Cage had no lines in the film because he refused to memorize a script. Cage goes up against animatronics and with one or two exceptions destroys them with little resistance. The film makes a running thing out of him taking regular breaks, chugging cans of fruit pop, and obsessively playing a pinball machine he finds. It feels like the movie wanted to convey these elements as being important but didn’t have the creativity to wrap it up.

The supporting cast exists solely to be picked off one by one and run down a checklist of teen horror death tropes. The supporting cast play their parts with the same disinterest as Cage, like they all lost a bet and the punishment was being in this film. At a few points Cage walks off the set to take his break while the cast gets slaughtered. I’ve made jokes in the past about actors who are obviously just there for the paycheck, but the janitor is literally just there for the paycheck. He doesn’t give a shit about the teenagers or the murderous animatronics. 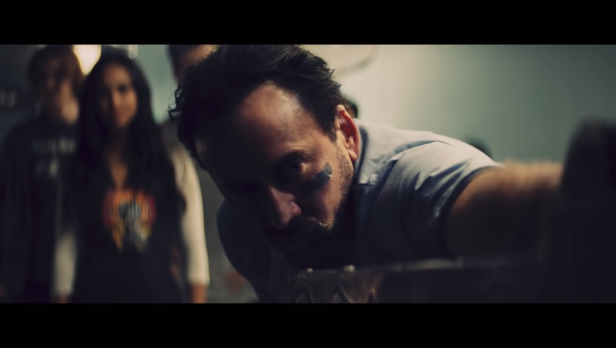 The animatronics aren’t great, one character being literally just an actor in a leotard with a suit head on. Kevin Lewis really likes camera filters and quick jumps, the kind of effects that blur crappy cinematography and poorly shot scenes.

Willy’s Wonderland follows the same structure from start to finish. Cage cleans, gets attacked, defeats the animatronic with zero effort, then goes back to cleaning. Those expecting explanations for his demeanor or the fact that Cage regularly walks off set to chug pop and play pinball will be sorely disappointed to find that they didn’t write that into the script.

Willy’s Wonderland is full of characters you can’t relate to and don’t care about in a setting that doesn’t invoke any emotion for a plot that feels like writer G.O. Parsons wrote it on a martini napkin while blackout drunk and then ordered it turned into a film with no alterations allowed.

Viewers who plopped down $20 for Willy’s Wonderland deserved cocaine Nick Cage. What they got was Ambien Nick Cage.

One thought on “Direct To Digital: Willy’s Wonderland”