Fear Street is a trilogy based on the 1990’s book series of the same name by cheap port wine and poorly rolled blunt aficionado R.L Stine. Directed by Leigh Janiak who previously directed two episodes of Scream: The TV Series and the 2014 film Honeymoon, the Fear Street trilogy was originally meant to be a theatrical release before the 2020 quarantine caused everything to shut down and the theaters to close for a really long time. Unsure of when they would re-open, Chernin Entertainment cancelled its contract with 20th Century Fox and penned a deal for distribution with Netflix.

Fear Street Part 1: 1994 follows the story of Deena (Kiana Madeira) and Sam (Olivia Scott Welch), two high school seniors in lesbian with each other. The town of Shadyside has a long history of gruesome mass murders and the duo and their friends inexplicably become the target of the latest murder spree following a series of unfortunate events. Joining the cast of protagonists is Josh (Nickelodeon star Benjamin Flores Jr.), Kate (Julia Rehwald), and Simon (Fred Hechinger). 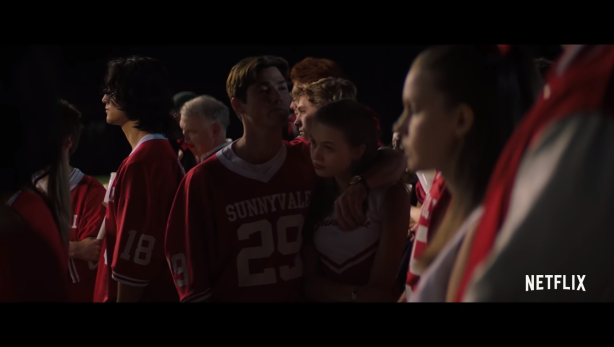 I would hesitate to call the cast star-studded, but there are a lot of familiar names here. There is a very minor appearance by Community’s Britta Perry (Gillian Jacobs) as the survivor of a prior murder spree. If Benjamin Flores Jr.’s voice sounds familiar, it might be because he played Gerald in the Hey Arnold movie. It’s always refreshing to see a talented cast in a movie that doesn’t hedge its bets on a AAA blockbuster superstar’s presence to carry the movie, and the whole cast plays their role incredibly well. Most of the cast don’t have Wikipedia pages.

There are a lot of very young adult tropes in this story, like the neighboring towns of Shadyside (the crappy place) and Sunnyvale (the better place), going back to the witch burnings as the origin story of the villain, and having the big baddy’s name literally be pronounced “fear”. Otherwise the film is shockingly creative for a horror slasher.

The film subverts your expectations without being stupid about it, and it exists in the 1990’s without beating you over the head with the fact that it exists in the 90’s. We see mix tapes, AOL chat rooms, but it feels natural instead of shoving nostalgia in our faces. There are no cheeky ironic future-predicting jokes like a character coming home and exclaiming “I’m going to be rich with all these Enron stocks I just bought.” 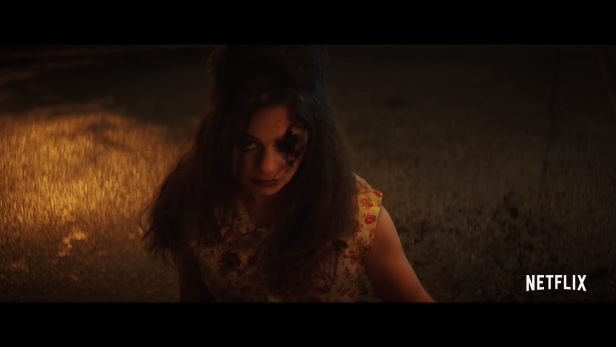 Now let’s get into the criticisms, because I have a lot of them. The big sticklerm I do have involves the character’s plans to evade the witch. Without spoiling, the plan is utterly moronic, convoluted, and the writers should have realized early on that it made no sense. I suspect it was put in for cheap shock value. It self-neuters the plot in the third act and really pumps the brakes on what was up to that point a rather well-written movie, taking a hard 90 degree turn and forcing the characters down a path that makes absolutely no sense.

There’s also the whole bit about the witch plot, where Sam unwittingly incurs the wrath of the witch by disturbing her grave. A stock story, but Sam just stumbles upon the witch’s bones that were above ground in the forest for some reason. Am I really supposed to believe that a person’s skeleton remained undisturbed above ground for hundreds of years to the point where a road was built just twenty feet away and at no point did anyone notice them? Another plot point has the movie clubbing us with the idea that the killers are only after a certain character, and yet they needlessly kill side characters as a terror device that doesn’t fit into the broader context.

Maybe it’s because so many of the films I’ve seen over the past two weeks have been absolute dogshit, but Fear Street Part 1 was moderately acceptable. I would put it at slightly above average, as it didn’t feel like a complete waste of time and the plot did surprise me in a good way at points. If you’re looking for a spooky horror movie, look elsewhere. I suggest the Conjuring franchise.

It’s probably a good thing they set a weekly release schedule for the trilogy, since I can’t imagine much enthusiasm remaining for part two if people had to wait several months or longer.