The finale of Loki. For now.

The Loki finale is here and I think we all knew where this was going to end. Unless you didn’t, in which case you’re probably really surprised and confused.

The sixth and final episode of Loki finally saw us coming face to face with the big bad of the whole series. No it wasn’t a cleverly disguised other, more powerful Loki but instead Kang the Conquerer. Marvel made a sly move by never calling him Kang, but instead making small references that comic book fans would pick up on. The version that we saw isn’t exactly Kang, but a variant working to keep the real Kang from invading the multiverse. Kind of a more satisfying version of the fake Mandarin from Iron Man 3.

The problem with Marvel movies is that we always know what’s coming in the next phase and that in itself spoils the plot to an extent. For example we know the next Spiderman has multiple Peter Parkers, that the next Doctor Strange movie will be called the Multiverse of Madness, that Kang the Conqueror will be in the next Antman movie, and that Disney is working on merging the 20th Century Fox properties into the MCU in a relatively smooth way. All of this leads to multivere shenanigans.

Jonathan Majors as He Who Remains is charming as hell, the director of the TVA who himself isn’t so much of a traditional villain. He Who Remains is sort of a hard-handed dictator, the kind that uses questionable methods but ultimately does a job of stopping the multiverse from forming and inevitably destroying itself. And we learn that he wasn’t lying because upon his death the timeline immediately splits into chaos. 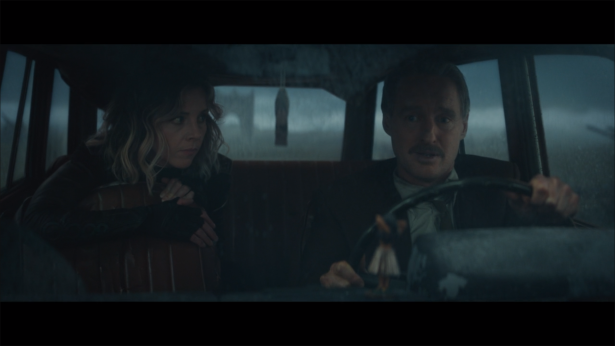 So yea, Loki became the set up to future Marvel movies that we all knew it was eventually going to be. A mostly contained story that creates plot points that a future film can summarize in less than a minute for those who don’t subscribe to Disney+, or alternately a way to stronghand people into subscribing because who wants to be the guy at Antman 3 who doesn’t know what’s going on among his group of friends.

It also serves to bring back Tom Hiddleston as Loki into the main MCU, as well as virtually any other character Marvel wants in any form they want, because we all know Marvel are cowards when it comes to killing off characters permanently. Want Iron Man back? Here’s Tony Stark from a timeline where he didn’t die in the snap. Also he’s an African American woman. Remember Red Skull? Well he’s invading from a timeline when Germany wins World War 2, and also he has the reality stone. Basically this multiverse is the macguffin for Marvel to do whatever they want, whenever they want, with no regard for continuity or logic.

Will it work? I guess we’ll find out. At least the journey was somewhat enjoyable.