Every so often when I want to recall past arguments and pat myself on the back for being right about everything, I think about the failed careers of Jason Friedberg and Aaron Seltzer. Let’s be honest, none of you have thought about this duo since 2010 with the release of the last movie anyone gave enough of a shit to talk about; Vampires Suck. If you pulled a transcript of my conversations going back years you could probably find me in 2008 around the time that Meet the Spartans released having conversations about how Friedberg & Seltzer’s scheme would inevitably fail with all the momentum of a cat being pancaked under a semi. Fast and painful.

Whenever people think about Friedberg & Seltzer, who I’ll refer to going forward as Seltzberg for posterity, they inevitably refer back to the Scary Movie series. The one that was fine for the first three films and then kinda crapped the bed later on. Seltzberg had nothing to do with the success of Scary Movie, period. Effectively the duo wrote a script and sold it only for the Wayans Brothers to throw it out and rewrite the whole thing from scratch. The only reason their names are present is because the Writer’s Guild forced it.

But the real mystery of Seltzberg movies was in their success. Sort of. They had seemingly tapped into a well of blithering morons who continued to flock to the theaters to watch lazy parodies kicked out at an ADD pace. I kept hearing about the ridiculous success from people who don’t understand how box office profit is calculated. 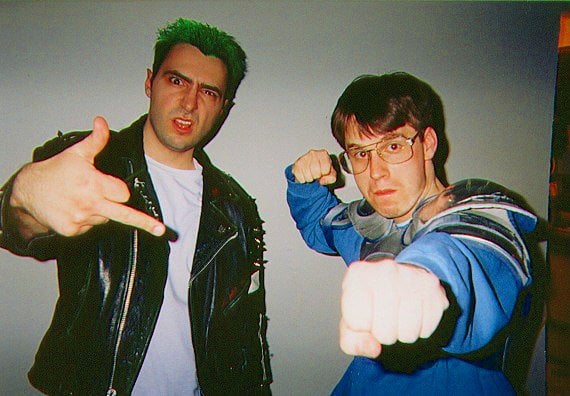 And for those who don’t know, you can estimate a film’s actual budget by taking its stated budget and doubling it to cover advertising and promotion. That number will be on the low end for bigger movies with more marketing like Star Wars, and higher for smaller releases, but it’s a reliable benchmark in general. This is how a film like Gemini Man can make $178 million on a $138 million budget and lose $75 million at the box office instead of having a $40 million profit.

To call the films a runaway success would be inaccurate. Any other studio would have shit canned Seltzberg because their modest profits and single percent review scores would prove to be unstable at best in the long run. You can only screw people so many times before they stop coming. Regency Enterprises, being run by Arnon Milchan who no doubt would still stop to pick up a small handful of pennies out of the crack in a sidewalk, is not most studios.

Which isn’t to say Regency is a bad company but that they have incredibly low standards for keeping directors on board. Their spaghetti approach to releasing films means that their big hits like Bohemian Rhapsody are mostly there to cover when movies like Freddy Got Fingered or Marmaduke shit the bed. Remember Marmaduke? They made a goddamn movie out of that and in the 2010s no less. 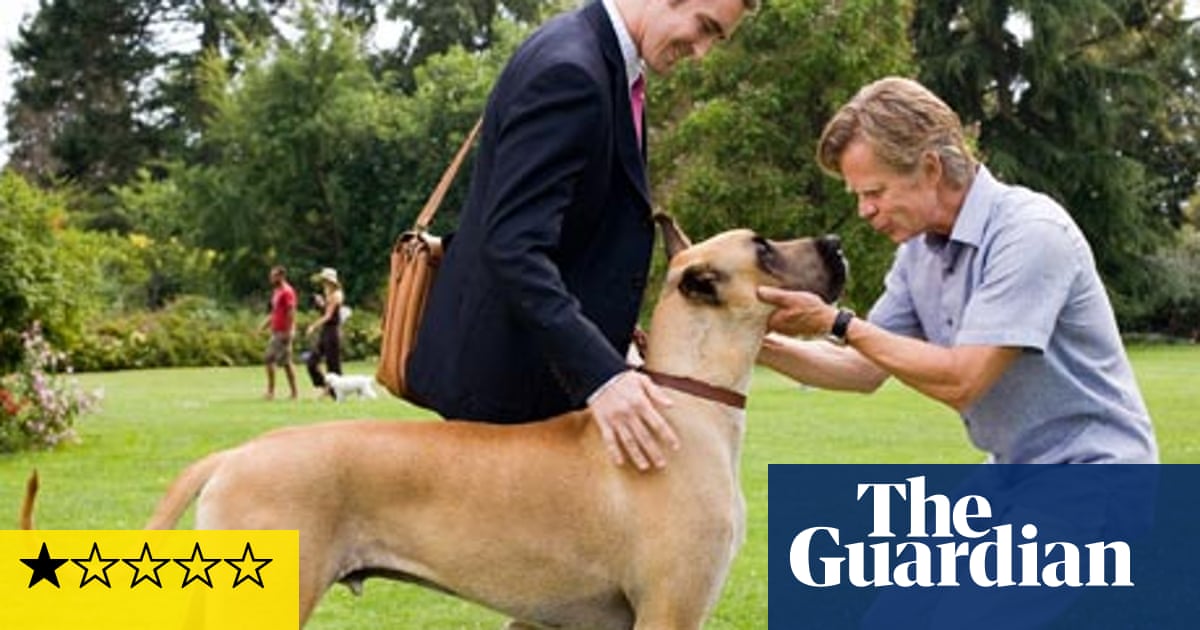 It’s also easy to forget that the era of Seltzberg’s cinematic cancer lasted only four years really, from 2006 to 2010, and spanned five movies. Like Chinese finger torture where by the end you’re pretty sure they plucked out at least thirty fingernails over the course of six days but then you’re kicked out of the van only to realize that the McDonald’s you were kidnapped from still doesn’t have your McNuggets ready.

I remember predicting that Seltzberg would collapse following the release of Vampires Suck for a few reasons. The first that there was a two year hiatus after Disaster Movie came out and failed miserably. The second was that while the news kept talking about their success it was obvious that the whole scheme was collapsing. Up to that point Seltzberg had managed to make their films on a $20 million budget with each movie making roughly $84 million in the box office. Figure an actual budget of $40-50 million and $30-40 million in pure profit is more than fine for Regency.

And then Disaster movie came out the same year as Meet the Spartans and started pushing the patience of even the popcorn inhaling morons because on a $20 million budget the film made $34 million. A loss of $6-16 million won’t kill a career, but accompanying a $50 million drop in revenue from their last film is the kind of failure that gets your director taken aside and reminded by the big boss that there’s a lot of places in the Arizona desert where the police will never find their bodies should the next film flop this badly.

So let’s recap: In the span of a year, Seltzberg films went from $40 million in profit, dumped down to probably $15 million (Meet the Spartans made $84 million on the back of $30 million with heavy advertising so we’re betting closer to $70 million budget), and then shit out Disaster Movie which no doubt lost millions. There would be a two year hiatus before their next film came out.

Vampires Suck popped out in 2010 and the two were back on track. $20 million budget, $80 million box office. It’s like they never left. And then three years passed before their next movie The Starving Games came out. I assume Arnon Melchan personally told Seltzberg to eat shit and die hard (I stole that joke) because Regency fired their asses after Vampires Suck and the two continued dealing with The Safran Company who were on board with Disaster Movie.

The Safran Company had started out with Disaster Movie and at that point was used to making absolute dog shit box office bombs, many of them starring Paul Walker. So naturally they continued working with Seltzberg.

The plus side of The Starving Games is that the film only cost $4.7 million to make which softens the blow of it bringing in $3.8 million in the box office. In the seven years since Date Movie not only had neither Friedberg or Seltzer improved as directors or writers, they had actually regressed in their ability to write or shoot a film. And by this juncture the public was long past the point of being sick of their antics and even those who watched their movies for the irony of it were no longer turning out.

That realization makes the next part of this story even sweeter. 2014 saw the release of Best Night Ever which was produced by Jason Blum. Yea, Blumhouse. Best Night Ever is clearly Seltzberg’s attempt to make a “legit” film, a found footage comedy that ditches the pop culture references, only to realize that the two genuinely are talentless hacks. It’s an important distinction that Seltzberg aren’t in the same boat as say Adam Sandler who is genuinely talented and knows exactly what buttons to push to lazily put out a $300 million box office success.

Seltzberg managed an accidental modest success in spite of the fact that they write and direct at the level of first grade special ed. And when they tried to crawl out from the hole they dug, all it proved was that they weren’t there by intelligent design but because the years time that could have been spent building their repertoire had been wasted huffing glue and going from ironically spritzing their own pants with water because “ha ha I wet myself” to unironically shitting themselves at Wendy’s because whippets have destroyed the part of the brain that handles colon control.

What was I talking about? Oh yea, Best Night Ever made $289 grand in the box office. Nobody knows what the budget was, probably because the Magnolia Company was too embarrassed. They never worked with Seltzbeg again.

2015 marks Seltzberg’s final movie, a Fast and Furious parody called Superfast. Superfast cost $20 million to make and made $2.1 million in the box office. Their last few films were distributed by Ketchup Entertainment, a company so legitimate that they don’t have a Wikipedia entry. Ketchup Entertainment hasn’t distributed a film in years, their other titles aren’t very good either.

In the ensuing five years Seltzberg has announced two movies neither of which ever entered production and probably never existed outside of a press release; A Taken parody and a Star Wars parody. I doubt Seltzberg are willing to put their own wealth into making these films happen since if there’s anyone who cares less than the public about Seltzberg’s meth-addled vision, it’s Seltzberg themselves. I’m guessing most of Jason and Aaron’s writers lunches end with them pushing the bill back and forth expecting the other to take it. You know over two 4 for $4 meals at Wendy’s.

Covert Media is footing the bill for the Star Wars parody and I have to assume that CEO Paul Hanson was either choking back laughter or trying not to vomit when he referred to Seltzberg as a “powerhouse duo.” Either that or they have evidence of Hanson putting the negligee on the family dog and are threatening to release photos to the press unless Hanson funds their next cinematic abortion.

Assuming both movies might come out in 2023 at the earliest it will be fourteen years after Taken and six years after Last Jedi, the movies these two are “parodying.” Friedberg and Seltzer are uninspired, lazy, talentless, unintelligent, dimwitted morons but if they excelled at anything in their short careers at least they were timely with their parodies. This would just be an embarrassing blot on their otherwise spotless record.

I briefly considered sticking photos of various Seltzberg movies in this piece, but remembering the duo is already bringing me close enough to the brink of self-harm without actively Googling each individual movie and uploading screenshots. So instead I’m going to pepper this with bad movies that don’t incite suicidal thoughts.