It’s Terminator but with Jesus.

MadTV ran a sketch many years ago lampooning the prospect of a Terminator 3 where Skynet sends a robot back in time to kill Jesus Christ. The actual Terminator 3 had not yet been released by that point, and I don’t think anyone at Comedy Central thought anyone would be stupid enough to turn it into a fully featured film.

Oh how wrong they were. 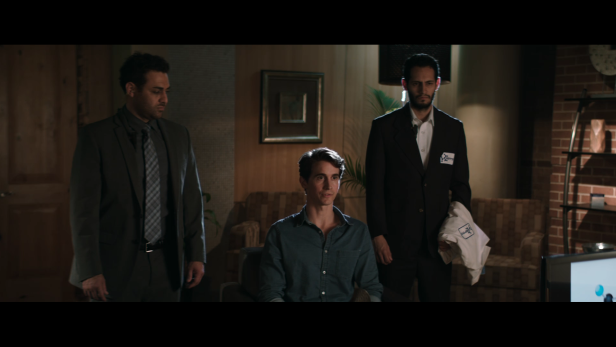 Can fourteen years bring improvement to Carroll’s skills? No. No they can’t.

Assassins 33 A.D. is a time travel “race against time” movie. Ram Goldstein (Morgan Roberts) is a scientist whose experiments inadvertently figure out the answer to time travel. His boss Ahmed (Gerardo Davila) is secretly a terrorist as is virtually every Muslim character in this movie. Davila doesn’t make a great Muslim. It could be because he is ethnically Mexican.

Donny Boaz plays Brandt; an man who hates God because his wife and daughter were killed in a car accident. Donny’s job is to make this stupid face the entire movie. 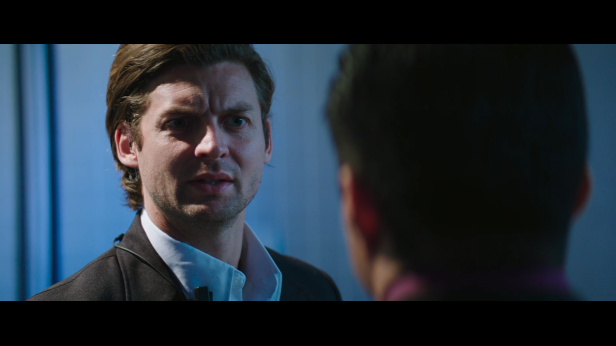 So Ahmed’s big plan is to use time travel to go back in time and kill Jesus along with his scheming cabal of Muslims. I’m not sure if Jim Carroll is a fan of Arnold movies but at one point early on a character shouts “get down!” in a manner that sounds very Arnold-like. He also says “put one on if you want to live” when discussing the time machine bracelets.

So the team goes back in time and kills Jesus Christ with Brandt taking the charge and shooting the prophet in the face. Watch out Carroll, this movie might garner some controversy if anyone cares to watch it.

“It’s the ultimate Jihad. Eliminate Christianity by killing Jesus before the resurrection.”

Jim Carroll has a lot to say about religion and unfortunately none of it is insightful or particularly intelligent. The time travel aspect is similarly stupid, like our characters getting shifted because they didn’t account for daylight savings time. You have the object of attraction Amy Lee (Ilsa Levine) playing the role of Jesus-buff straight out of a Hallmark movie. She loves Jesus almost as much as she loves forgiveness. 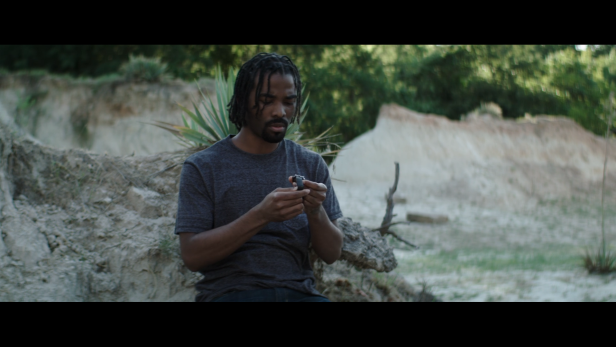 My favorite character in this movie is Simon (Lamar Usher) who seems to be the only one who realizes how ridiculous this whole thing is. He also responds to Jesus with “no speako Greeko,” which may just be the best line of the film. Actually it’s probably when Simon thanks a Jesus-era peasant by saying “muchas gracias.” Thank God Lamar Usher is in this film, he’s the only thing saving it from being irredeemably awful.

Jesus is played by Jason Castro. Yes, this asshole from American Idol. 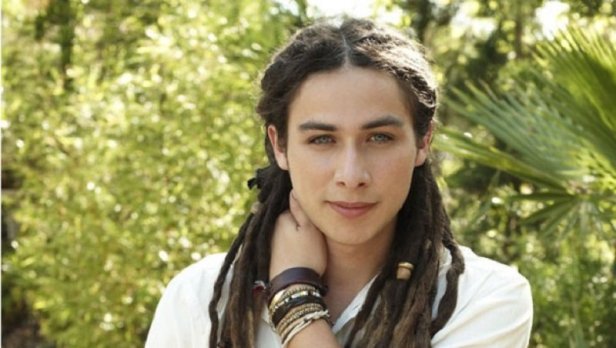 Jesus says “if you had finished my movie you would know that I’ll be back.” Okay Jason Carroll definitely saw the Terminator MadTV sketch and decided to turn it into a film.

Nearly everything about this film is absolute trash but the rest of it? Complete garbage. The film never explains why Jesus can inexplicably speak English at various times. Brandt and Sabeer get crucified because Sabeer steals a tomato and then shoots a Roman guard. The green screen use is awful, and the whole script feels like it was written in one very drunken draft.

Assassin 33 A.D. is stupid, poorly scripted and even more poorly acted. The effects suck, the plot is convoluted, and the cast is mostly made up of Z-tier reality television “actors.” It’s great, and I hope Donny Boaz plays more goofy-faced jagoffs in future films.