Enough with the theatrical movies already!

2017’s Bright is one of those movies that shows the weird nature of streaming services and how the companies operating them draw metrics on whether to produce more product. Movies and television are simple and mostly public. Did the film make a lot of money? Good, throw that sequel in. Did the TV show have a lot of viewers and raise the ad cost of the time slot? Great, order another season.

And then you have Netflix. 2017’s Bright was another movie that shows the disconnect between modern critics and the general audience, as while reviews of the film were generally pretty negative it went on to be Netflix’s most watched film at the time and audiences seemed to enjoy it. Netflix doesn’t need to give a shit about what critics think because, let’s be honest here, neither do the people who make Netflix money. 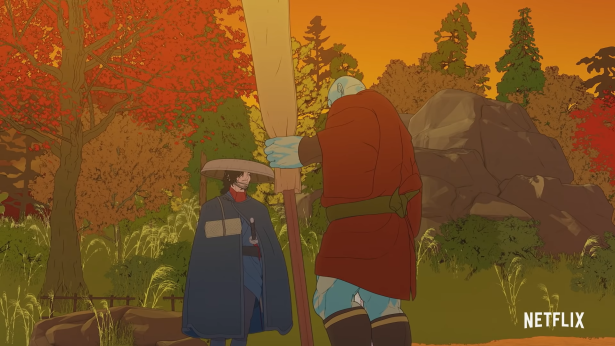 So a sequel was pretty much guaranteed from the start and it is apparently in the works. I don’t think anyone expected Netflix to produce and put out an anime spinoff however so this one came out of left field. Netflix brought on director Kyōhei Ishiguro and 30-year anime screenwriting veteran Michiko Yokote working on the script.

Both films feature a human teaming up with an orc seeking to protect a young elf girl who is kidnaped by an evil inferni who wants to use her with a magic wand in order to summon the dark lord back into the world. If you’ve seen 2017’s Bright, then I’ve just spoiled the whole movie for you. Yes, they even copy the climactic fight, the twist ending, the stuff that happens to the two protagonists, and virtually everything else. Except it’s set in Japan instead of modern America. I’m not sure why this movie needed a writer, except maybe to fulfill union obligations. 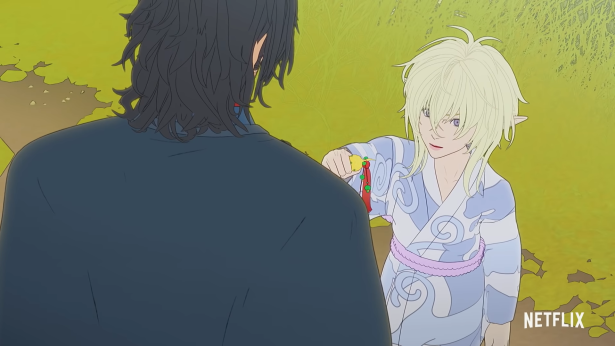 The art style is, frankly, crap. Bright: Samurai Soul goes with the newfangled style of 3DCG that makes it look like you’re watching just straight cutscenes from a PlayStation 2 anime game. Character movement is chunky and runs at a low framerate, and barely feels like it has any weight, and the well-crafted gore effects can’t take my eyes away from the fact that much of the scenery looks like smears of green, gray, and brown.

There are a lot of shortcuts we accept in hand-drawn anime because of the sheer amount of work that goes into drawing each frame. For a CG movie a lot of that work (particularly with assets) is one-and-done, with the rest coming down to animating the characters (which they did with motion capture) and manipulating the camera to get a good shot. There’s much less excuse for the scenery to look like video game assets from over 20 years ago.

It shouldn’t surprise viewers that I suggest the Japanese voice overs. It’s not that Shang-Chi’s Simu Liu is a bad actor, but holy crap does everyone else in the English dub suck. Just listen to the trailer and you’ll hear it. As any anime, it’s generally always better with the original voice actors. I actually had no clue there was an English voice option until after I watched the film.

Bright: Samurai Soul did the impossible; it kinda made me want to go back and watch Bright again. I found Bright to be perfectly acceptable back in 2017, not as a film I would boast about watching to friends but one that was enjoyable enough for the time I spent in its world. I definitely had a more positive opinion on it than most other film critics. Samurai Soul feels more like an insult to the audience because after four years they literally gave us the exact same movie but with worse visuals and pushed back two centuries.

It’s probably safe to say Max Landis won’t be coming back for the sequel, to which Netflix is apparently negotiating with Louis Leterrier to direct. Hopefully they don’t run the same script a third time. 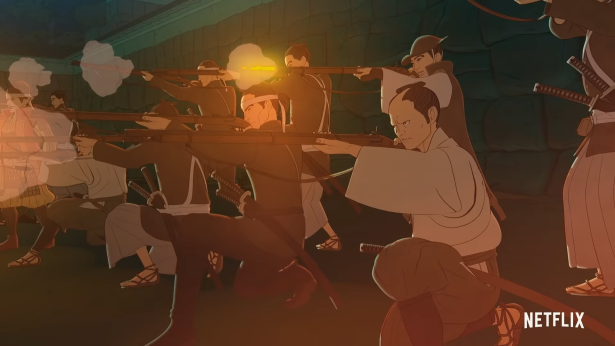