(Spoilers for The Suicide Squad film)

The Suicide Squad got an A rating on How About Notflix, being yet another wonderful movie stuffed out the ass with all of James Gunn’s charm. I noted in my review that the two major stars of the film were John Cena and Idris Elba, and when Warner Bros. announced that Cena’s character Peacemaker would be starring in his own spinoff series, I was happy. The spinoff was teased during the mid-credits scene of The Suicide Squad when we find out that Cena’s character is still alive. In the show, all he’s done is broken a clavicle.

Since the first three episodes dropped in a row, I figured I’d dedicate a single post to all three of them. Additional episodes every Thursday with eight in total for the first season. There isn’t really a whole lot that I would consider spoiler material and the show isn’t exactly gripping with tension, but I’ll try to keep explaining the plot to a minimum.

The casting in Peacemaker is fantastic, starting of course with John Cena himself. Peacemaker is ever the stupid, sexist, racist douchebag that he was in the movie. He’s a hero to the extent that you’re with him on his mission but not to the extent that you really care if he dies or gets injured. Of course this is a Suicide Squad universe film, so that means Peacemaker is hired by a group of people working under Amanda Waller (Viola Davis). Every episode starts with a dance routine that is truly beautiful in its awkwardness.

Leading the team is Clemson Murn (Chukwudi Iwuji) who plays the straight-talking, emotionless business dealer. Emilia Harcourt (Jennifer Holland) is back as the femme fatale whose job in the first episode is to beat the crap out of a dude hitting on her at the bar to show how strong she is. Also her name leads to characters constantly pronouncing it like “hardcore.” Steve Agee is back as John Economos, a fat nerd who eats a lot and dyes his beard. And of course Leota Adebayo (Danielle Brooks) who plays the moral opposite of Peacemaker and the crew.

And I’d be doing this show a disservice if I didn’t mention one of my favorite actors of all time; Robert Patrick. Patrick plays his usual role of emotionally distant father never quite proud of his son. It’s a role he’s been playing effectively for at least fifteen years, and one he was born for way back when he played the T-1000 in Terminator 2. The man’s been in his 60s since 2004. Freddie Stroma plays Vigilante, Peacemaker’s best friend and #1 fan. The breakout newcomer is Nhut Le who plays Judomaster following a nine year career of starring in who cares tv mini-series.

The overarching plot revolves around Project Butterfly, meaning Peacemaker is going to have to kill a whole lot more people in the name of peace. In the interim there’s going to be a lot of on-brand stupidity and character development. A lot of people arguing with each other over random stuff. A lot of boobs and vagina, and a lot of John Cena in his underwear. This is a James Gunn production, so there’s a ton of licensed music montages to fill in the void of each episode. 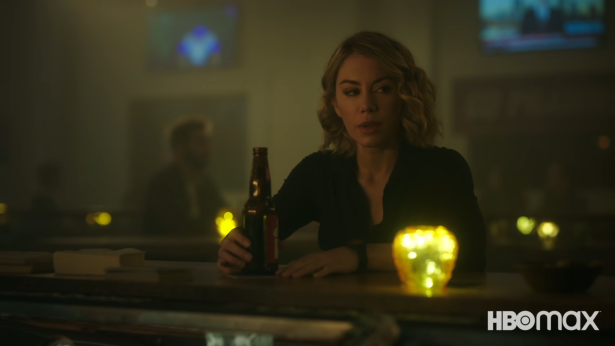 It’s absolutely idiotic, but ultimately a pretty funny show. It’s clear that part of the story will revolve around Peacemaker and crew trying to complete their uber secret mission while also avoiding the tail of officers Sophie Song (Annie Chang) and Larry Fitzgibbon (Lochlyn Munro) while Peacemaker also deals with his dad who will probably become one of the “villains” of the show. How does this all fit into the DC Universe? Who cares, it’s fun.