Spoilers for the episode.

I’m happy to say Peacemaker completely has completely blown away my expectations, and we are sadly now halfway through the season. To bring everyone up to speed, the first three episodes of Peacemaker saw John Cena once again teaming up with Amanda Waller’s people to bring down the butterflies, an extraterrestrial force that is apparently invading the Earth and taking over its people. What are the butterflies after? We don’t know. The obvious answer is invading Earth.

My favorite dig of the episode is when Peacemaker directly acknowledges how many people Batman has indirectly killed because of his policy of not killing bad guys. It really makes no sense in the DC Extended Universe, given Batman kills a lot of people. The overarching theme of episode 4 is people doing dumb stuff thinking and only making matters worse. Peacemaker goes to see his father against his better judgment and basically gave his dad the ammunition he needs to squeal on him and put the mission in jeopardy. Adebayo gets some character development by finally shooting someone, but manipulates Vigilante into getting himself arrested to try to kill Auggie. It doesn’t work.

So we know that Vigilante had no issue shooting people in the last episode, but he did get his ass kicked hard by Judomaster. This time around we get to see that Vigilante is actually a damn good fighter, very quickly dispatching three other prisoners. We see some flashbacks into Peacemaker’s childhood and see his brother’s death by what looks like cyanide. I’d be shocked if this season doesn’t end with Peacemaker killing his dad. I expect episode 5 or 6 will be when Auggie gets himself out of prison by virtue of Peacemaker spilling the beans about his fingerprints. 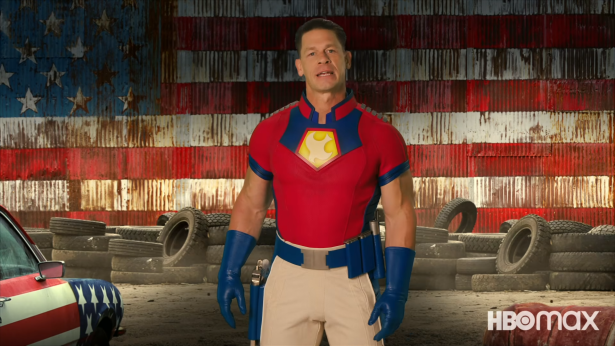 Some big revelations were put forward this episode. The elephant in the room being that Murn is a butterfly. The more observant are probably high-fiving themselves for noting something felt off about his mannerisms, especially when you compare them to how the Goff family acted in the prior episode. For the rest of us, a Task Force-X adjacent suit showing no emotion just seems par for the course. I have a feeling Murn’s storyline and Adebayo are going to intertwine heavily.

The second point of note is that Judomaster is still alive. Nhut Le is credited on IMDB for all eight episodes, so I’m pretty sure they’re not going to kill him off. Having worked for the Goff family, and given his comment that the butterflies are not what Peacemaker thinks, it’s safe to say Judomaster is going to be key in figuring out what the butterflies want. Peacemaker secretly kept the butterfly that came out of Goff, and there’s no way that isn’t making more of an appearance outside of being hotboxed by Peacemaker’s second-hand bong smoke.

This is the first episode to not be directed by James Gunn, although he wrote it. The director instead was Jody Hill who you might be familiar with as the director of the Seth Rogen film Observe and Report. You know, back when Seth Rogen was funny.