James Corden is a human dingleberry. I feel tingly.

Cinderellish is a film that by all measures shouldn’t be getting the kind of attention it is, and I don’t mean that in the sense of “wow this movie sucks why would you give it time” and more of a “why is this even controversial.” But this is the internet, where if you’re not getting pissed off at something inconsequential that you don’t care about and won’t be thinking of after 24 hours, you’re not being heard.

Cinderella is one of those targets that gets used by the anti-pc crowd to whine about stories being modernized, when in reality it’s a fairy tale that has been modernized and localized a thousand times over. Anytime someone says that a new version “ruined” the original Cinderella, they’re rarely talking about the version that involves a Greek slave girl marrying the king of Egypt. They’re talking about the 1950 Disney film, which in turn modernized the story for people of that generation. Like making Cinderella white and her step family ugly. 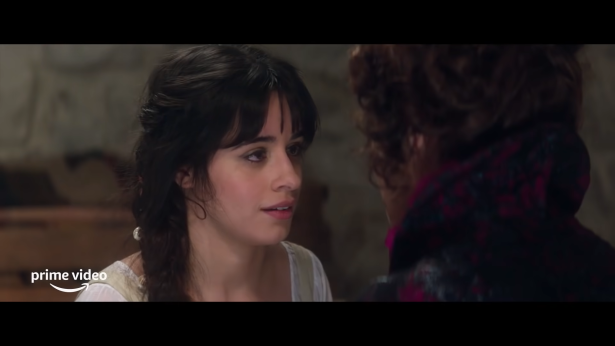 Directed by Kay Cannon, Cinderella stars Camila Cabello as Cinderella, who lives in a world where everyone could model for GQ and the ability to choreograph and sing at a professional level is mandated by the crown. Cinderella is an aspiring dressmaker in a world where women are not allowed to own businesses, because this is, uh…19th century England? I’m not entirely sure. The setting gets muddled. It’s very clearly old-world tech but everyone speaks in a mixture of Victorian English and modern day slang. I’m pretty sure someone said thicc at a point.

You all know how this crap goes. Idina Menzel plays Cinderella’s stepmother with Charlotte Spencer and Maddie Baillio playing the step sisters. Prince Robert (Nicholas Galitzine) has been given an ultimatum by his father King Rowan (Pierce Brosnan) and mother Queen Beatrice (Minnie Driver) to find a bride or he shall be forced to marry this other princess. Prince Robert has an earring and looks like an asshole.

The story has been sanitized in this version even further. Cinderella’s stepsisters aren’t as evil as they are in previous iterations, nor is her stepmother. They openly acknowledge how beautiful Cabello is and none of them are people you’d kick out of bed for eating crackers either. Her stepmother’s motivation has been changed from just being an asshole to sabotage because she doesn’t want Cinderella to get her hopes up of prospering in a world dominated by men. The worst thing they do is ruin her dress and tell her her tea sucks. Otherwise they seem to give Cinderella free reign to use the basement to design dresses.

There’s no villain in the story and the A, B, and C plots all revolve around women being told they can’t do something because they’re a women. Ultimately I think Cinderella is why I don’t review films like Cinderella. You’re either in the camp where you eat this stuff up, or you’re indifferent to the point of not caring unless someone you want to have sex with forces you to watch it with them. Either way, your mind has been made up from the moment you saw the trailer. 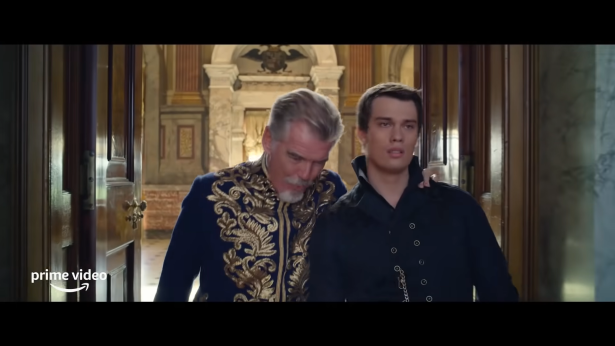 I took off a letter rating for the amount of time James Corden talks about his dick as well as Pierce Brosnan’s singing. Then added a half letter rating for the performance of Billy Porter as Fab G, the fairy godmother. Otherwise this film is the equivalent of packing peanuts; filler with no actual substance.