I want to openly apologize to Simon Rex. You see back in 2020 I reviewed Avengers of Justice: Farce Wars and made several comments on my belief that Simon Rex didn’t have a talented bone in his body. In my defense I wasn’t in a good place; I had just watched a Simon Rex movie written by Brent Tarnol, the lovechild of Peter Dinklage and severe alcoholism, and had just openly threatened to kill myself about five different times in the five hours it took me to get through the hour and a half movie.

It turns out you can polish a turd, and A24 are just the right people to do it.

Since Blaxploitation is its own genre, I think Red Rocket should fall into the realm of White Trashploitation. Lexi and Lil live in an absolute shithole and smoke crack, Mikey’s neighbor Lonnie is that loser from high school that I think everyone knows who grew up and never did anything with his life and mostly gets by living with his parents in his 40s and scamming people down at the mall for petty cash. He also seems like the type to get in trouble because he pals around with bigger losers. Lonnie’s dad is one of my favorite characters in the film, a guy who obviously wants what is best for his useless son and knows enough to not trust anything Mikey says ever. I think even Strawberry is portrayed well, as that high school girl who fantasizes over “real men” and ends up picking the biggest loser imaginable. 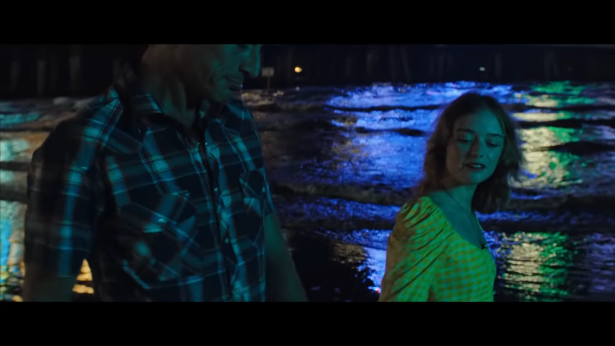 Sean Baker has a motif when making films where he gets actors and non-actors to fill his roles, and basically just finds people out in the world to have them play characters. He’s a great talent recruit. You’d never know Brenda Deiss was a secretary before Baker found her for the film. RIP Brenda Deiss who passed away earlier this February. The same goes for Brittany Rodriguez who plays June who Sean Baker literally pulled over seeing her walk her dog and offered the role to. Rodriguez being a regular at the donut shop where part of the film takes place. Baker presents characters without telling you what to think about them.

If you’re looking for a film where big things happen, this ain’t it. Red Rocket is one of those movies that constantly leaves you wondering where it’s going to go next, and it doesn’t really follow the normal act structure of a film. There are far fewer long shots of flat scenery like we saw in Lamb, but if you’re looking for the kind of action in a film like X or Everything Everywhere All At Once you might be bored. Regardless, I still thought it was a great film. 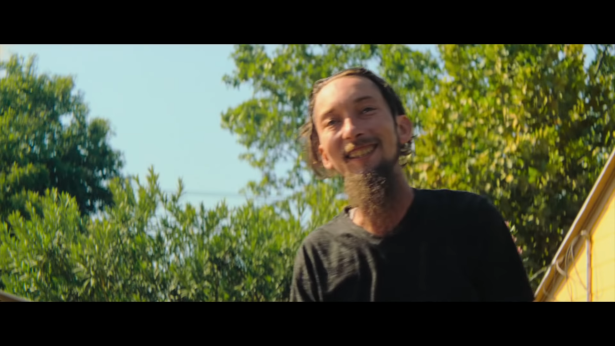 The only bad thing I’ll say about it is that it really drags on. I assumed Red Rocket was going to be a good 90 minute film, but clocking in at two hours and ten minutes it starts to drag on during the second half. The trouble is I’m not really sure what they could have cut and not harmed the flow of the movie. Also Bye Bye Bye is featured prominently in this movie, a miracle that they convinced NSYNC to approve its use. It’s the best performance I think we will ever see from Simon Rex as an actor, and it’s one of those films you watch to feel uncomfortable and dirty for two hours. I’m used to movies hiring actresses to pretend to be 18 who clearly look like they’re pushing 30, but at 24’ish when the film was shot, Suzanna Son fills the role disturbingly well. I needed a shower after watching this film.