Come along with me and the butterflies and bees.

It’s been two years since Adventure Time came to an end on Cartoon Network and since Pendleton Ward isn’t the type of person to just take a rest for a while work began pretty much immediately on the spinoff mini-series Distant Lands. The first episode centered around BMO with the latest bit focusing on the series most shippable characters: Marceline and Princess Bubblegum.

One strength of the Adventure Time world is that Ward and crew can write pretty much anything and it will make sense in the wacky, unorthodox reality our characters inhabit. BMO traveling through space to terraform Mars? Doesn’t register on the strange scale.

This episode takes us back to the land of Ooo in a civilization of glass people constantly haunted by the memory of a great lava monster Molto Lovo (Dee Bradley Baker) that once terrified their civilization. The monster was defeated many years ago by vampire queen Marceline who is now regarded as a saint in the village. Adventure protagonist Glass Boy (Michaela Dietz), a glass boy with a crack in his head, accidentally frees Molto Lovo and must find Marceline and bring her back to save the day again.

Distant Lands seems set on giving us more backstory on side stories than the normally Finn/Jake-centric episodes of the main series were capable of. We see more into the history of the two as well as the high points and low points of their relationship. The metaphors are pretty overt here, specifically one about characters having cracks and how those should be embraced instead of hidden in embarrassment. In Pendleton Ward’s world, those who throw stones are literally living in glass houses. And are made of glass. 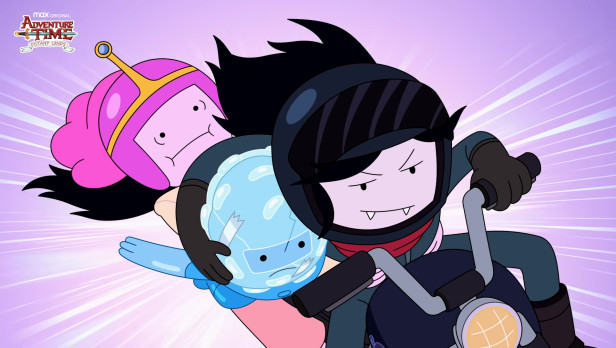 We also see into Marceline’s past to discover what transpired to make her the punk rock vampire girl of her older years. Since this is a Marceline episode you can also expect a lot of musical numbers by Marceline and the rest of the cast.

Episode 3 of Distant Lands is titled Wizard City with Episode 4 labeled “Together Again.” This episode is 40 minutes of heartwarming adventure.